You Love Success! So do I 😄! In fact, everyone does. But what defines success for you? We all play so many different roles in our life and in each role the definition of success changes. As an entrepreneur: Success…

Failure is one step closer to success! The most successful people have had their fair share of failures before acquiring the taste of success. Of course, as an outsider to their life, all we get to see is their success. But that’s just the tip of the iceberg. If we look closely, we would see they were once a common man like you and me, what differentiates them from an average person is their perseverance, their consistency, and will to pursue their dream!

Let’s look at 7 such people who did not let the disappointment of the repeated failures bog them down. Instead, they sprang right back and went on to become super successful.

1. Arianna Huffington: From Failure to Forbes list of Most Power Women

If you think after a book that successful that was translated to 11 languages, a writer would get publishers pretty easily for their second book, think again.

For 28 year old Arianna, she had to face 37 rejects for her second book. By the time she reached 25th rejection, she was broke. She had to take a loan, endure another 12 rejects, and finally at her 38th attempt a publisher agreed to publish her book!

Today, she is one of most successful online entrepreneur, founder of The Huffington Post, author of 15 books, listed in World’s 100 most influential people by Time Magazine and in Forbes list of Most Powerful Women.

2. J.K. Rowling: From complete Failure to Richest Author in the World

Later in life, Joanne had to work throughout her pregnancy, suffer beatings from her husband and was expelled along with her months old daughter. She was living on state benefits.

Today, Joanne (J.K. Rowling) is the richest author in the world. Also, she is the first one to reach $1 billion.

3. Sir James Dyson: From 5126 Failures to a Great Inventor

5127. That is the number of times Sir James Dyson failed in 4 years before finally creating a working prototype of his iconic bagless vaccum cleaner. And that’s just the prototype.

Taking the prototype to the commercial product stage took him 10 more years, and left him with no money, in a debt of a million pounds.

Today, Sir James Dyson is United Kingdom’s one of the most prominent, influential and richest men.

I made 5,127 prototypes of my vacuum before I got it right. There were 5,126 failures. But I learned from each one. That’s how I came up with a solution. So I don’t mind failure.

4. Michael Jordan: From Repeated Failures to a Legendary Player

The legendary basketball player is known to hold onto the pain of failure and use it as a driver for a larger success!

Michael was devastated when during his high school sophomore year, he failed to make the Varsity team. It was more of an opportunity than a failure, but Michael held on to that list of locker room without his name, and used it as source of motivation. In his own words:
“Whenever I was working out and got tired and figured I ought to stop, I’d close my eyes and see that list in the locker room without my name on it, and that usually got me going again.”

I’ve missed more than 9,000 shots in my career. I’ve lost almost 300 games. Twenty-six times, I’ve been trusted to take the game-winning shot and missed. I’ve failed over and over and over again in my life. And that is why I succeed.

5. Steven Spielberg: From a flop to the Best Known Director

Steven is one of the most influential people in the cinema world. One of the best known directors of Hollywood and richest directors in the world.

However, Steven’s first small film “The Sugarland Express” was a commercial flop.

27 years old disappointed, but determined Steve went on to direct “Jaws”, which became a magnanimous hit. During the production of the film, he had so many problems: mechanical issues, sharks attacking crew boats. The shooting schedule stretched from 55 to 159 days. And the budget from $4.5 million to whopping $10 million.

In his own words: “I thought my career as a filmmaker was over. I heard rumors from back in Hollywood that I would never work again because no one had ever taken a film a hundred days over schedule – yet alone a director whose first picture had failed at the box office.”

Even after the hit Jaws, he directed 1941, another big budget flop.

Sometimes a dream almost whispers… it never shouts. Very hard to hear. So you have to, every day of your lives, be ready to hear what whispers in your ear.

6. Walt Disney: From Failure to Most Creative Animator

Mickey Mouse, Donald Duck, Disneyland. Walt Disney has completely changed the entertainment landscape. He was one of the most creative animators the world has seen.

Yet, at age of 22, he was fired from a newspaper because he was “not being creative enough”.

His first animation company went bankrupt and he was left with just $40. He tried his luck in acting, but failed again.

His first mega successfult character “Oswald the lucky Rabbit”, was taken away from him along with his team of animators.

The famous Mickey Mouse was rejected 300 times by the Banks.

Even after eventual success of Mickey Mouse, Walt Disney suffered a nervous breakdown due to so many challenges and tensions.

The way to get started is to quit talking and begin doing.

7. Milton Hershey: From a Failed Confectioner to The Chocolate King

Milton Hershey, also known as The Chocolate King, was a pioneer of caramel manufacturing with fresh milk and mass production of milk chocolate so it can reach average consumer. He was the founder of today’s iconic chocolate company “The Hershey Chocolate Company”.

But before starting his iconic company, he failed at 3 candy ventures. From 1876 to 1885, he failed at multiple ventures one after another. To the limit that even his own relatives would refuse to give him any loan or even a shelter to live.

He created his first successful Caramel venture “The Lancaster Caramel Company”. After it’s success, he sold the company for $1 million in 1900 and built his iconic “The Hershey Chocolate Company” in 1908.

I didn’t follow the policies of those already in the business. If I had, I would never have made a go of it. Instead, I started out with the determination to make a better nickel chocolate bar than any of my competitors made, and I did so.

If there is one thing common amongst these super successful people, it is that they all failed, they all hit their rock bottom, but they never quit. They persevered and they conquered all their failures.

They never gave up on their dreams, their visions. they never quit believing in themselves. 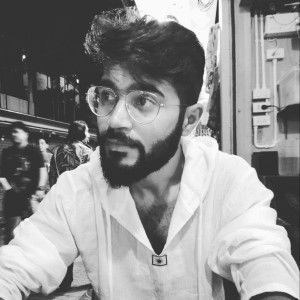 You Love Success! So do I 😄! In fact, everyone does. But what defines success for you? We all play so many different roles in our life and in each role the definition of success changes. As an entrepreneur: Success…